Endupack started off developing anti-slip coating in 1987. This first incarnation of anti-slip paper technology was called Stop Gliss. The unique coating was designed to cover all the surfaces of a sheet of virgin kraftliner paper, making it possible for the sheets to have contact with a variety of products while keeping them secure. Later, Endupack received certification verifying that their product was food safe (Download certificate here), making it a revolutionary development in the shipping and packaging community. The unique technology of the Stop Gliss coating and its efficiency at preventing slippage have been a reference in the market as a standard for the generations to follow. Since the inception of Stop Gliss, Endupack has continued to improve on the product, formula and application to create unique, efficient and environmentally friendly products. Today, Endupack´s anti-slip coating is made by special polymer, and their sheets are fully recycled. The coating is distributed in a series of dots designed to heighten the coefficient of friction on the surface. Every grip sheet is covered by thousands of these dots working in unison to keep cargo secure. These dots act like suction cups attached to springs. The “suction cups” in the upper portion help increase the friction by clinging to surfaces, while the “spring” portion helps to act as a cushion, preventing the product from having complete contact with the ground or surface. This is especially useful in dusty environments, since the gaps between the dots provide space for the residue to settle, rather than allowing it to distribute under the packages to reduce the coefficient of friction and increase the likelihood of sliding.

Endupack guarantees a non-sliding angle of 41°. However, the sliding angle always varies depending on the products placed on the grip sheet.

For the sake of hard data and independent confirmation of its claims, Endupack filled out an NF Q03-083 form, which ordered a special test to determine the coefficient of friction for its product through the tilting plane method. This test not only confirmed Edupack’s claims, but also proved just how inefficient the standard recycled cardboard divider sheets are in comparison.

It is important to note, however, that this coefficient of friction from the test is given as an indication, not as a concrete certainty. Friction properties are dependent on a variety of factors, including the surfaces involved, the weight of the product and the product’s dimensions. That is why Endupack recommends you try a sample, before putting in your order. A test in real conditions of use helps to ensure the best results for you as a client in the long run. The anti-slip Grip Sheet paper is recyclable, reusable and energetically valuable product. The behavior of its coating is similar to hotmelt, which is used regularly to seal and construct boxes and cartons. Our anti-slip coating is not-toxic, and doesn’t cause skin irritation. Endupack’s anti-slip coating is regulated to fit the standards set by Directive 94/62/CE, and is certified as safe for direct contact with both dry and wet foods by remaining Compliant with the European Union‘s REACH regulation.

To sum it all up, Endupack’s non-slip coating is still among one of the best products out there. It has, and will continue to revolutionize the shipping industry as Endupack moves forward to supply healthy, economical and environmentally sustainable solutions to your shipping needs. 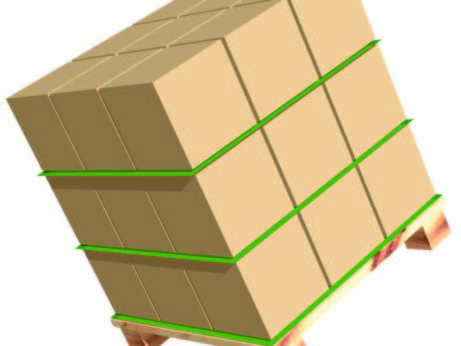 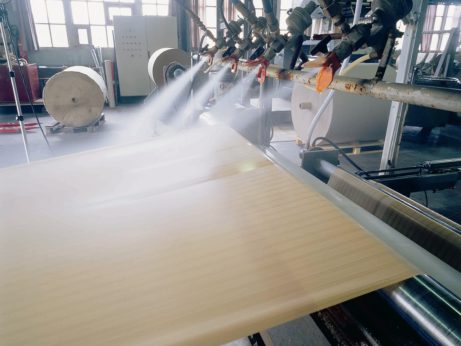